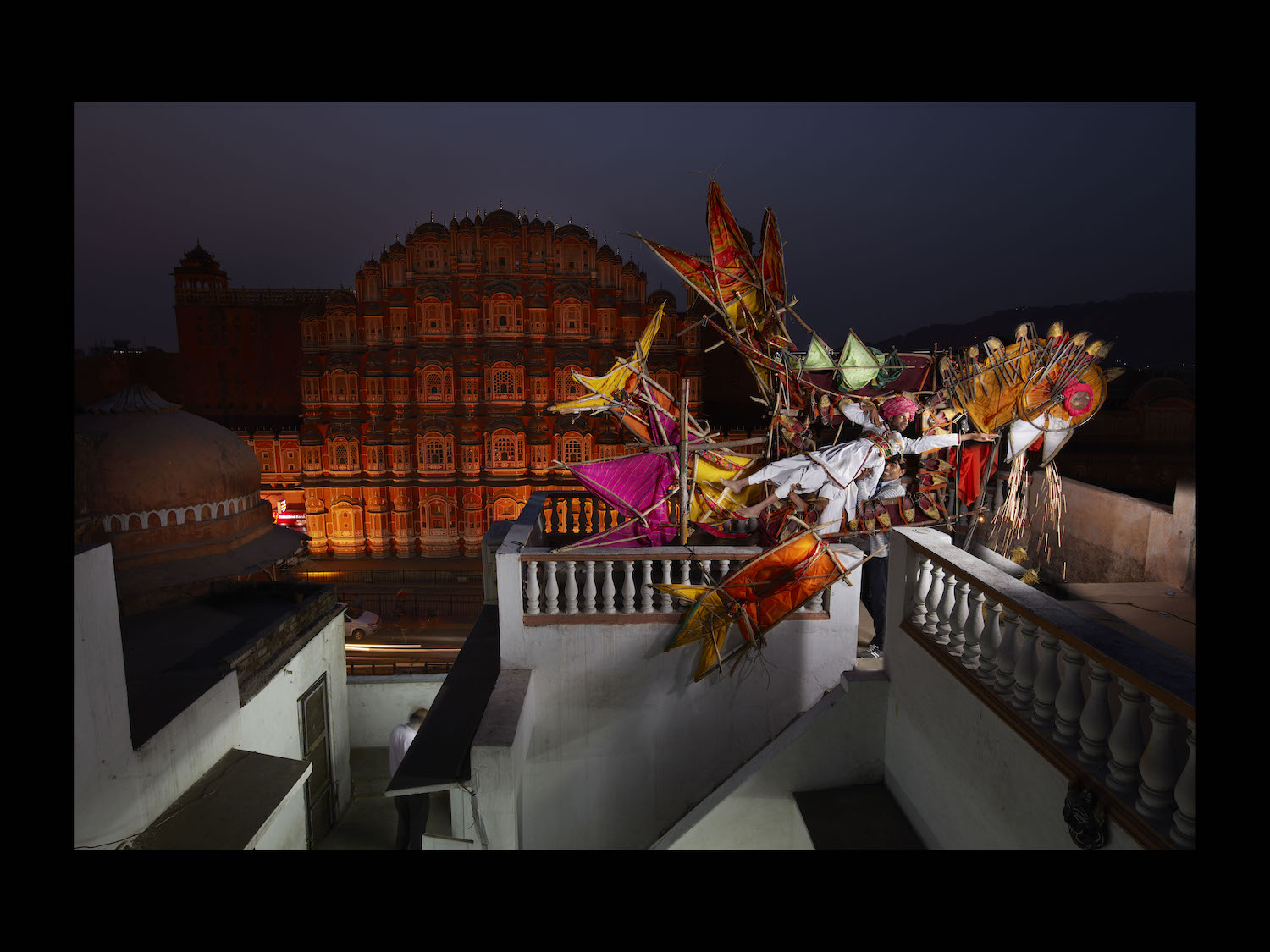 For its third exhibition on the Saint-Ange Bridge, the Institut des Cultures d’Islam presents The Adventures of Supershaktimaan, a photographic narrative by Nicolas Henry.

The artist invites passersby to delve into the initiatory journey of the Hindu hero Supershaktimaan, who falls madly in love with a young Muslim woman named Shamina. Inspired by Indian mythology, the tale unfolds across a series of fifty unique compositions, in which the couple fights a common enemy, the “Shopping Monster,” who is ruining the planet and creating an ecological catastrophe.

From the effervescence of Bombay to their refuge in Fez, Supershaktimaan and Shamina heal humanity’s wounds in a wonderful and captivating ode to interfaith tolerance and environmental preservation.

Nicolas Henry is a graduate of the Beaux-Arts de Paris and the École Nationale Supérieure d’Art de Paris-Cergy. Following a pivotal experience with photographer Yann Arthus-Bertrand, he began working on his own photography full time. In 2017, his book Worlds in the Making (Contes imaginaires autour du monde), published by Éditions Albin Michel, was awarded the Prix Méditerranée du livre d’art. In 2021, Henry founded Photoclimat, the first social and environmental biennial in Paris.


Back to the exhibitions

How to get there?
in family?
in group?
with accessibility?
as a teacher?
as a company?
as a journalist?

This site is registered on wpml.org as a development site.